HomenewsBlogPedal to the Metal: How Bike Sharing in China Will Impact the Economy

Pedal to the Metal: How Bike Sharing in China Will Impact the Economy 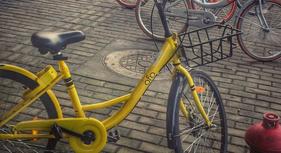 Just last month I was visiting China, and over my visits the past two years, I have noticed that the amount of bikes being ridden has increased each time. Bike riders light up the streets of Shanghai or Nanjing on their colorful, brightly colored bikes as they whizz past the heavy traffic or throngs of pedestrians. Each bicycle brand manufactures bikes in colors such as yellow, orange or bright green, sparking the image of China returning to the old golden days of biking, reminiscent of the 80’s with its fluorescent hues and hip feel.

It looks like for this generation of age 20 to 30, riding bikes is cool again. It started out as a cheap alternative to public transport, with prices as low as 0.5 yuan ($0.075) a ride, but now riding has become free thanks to to aggressive competition with more players. One reason why bike sharing became such a hit in China is because getting a bike is lighting fast. Millennials need only press a to scan a QR code to ride the bike. After the ride is finished, just lock the bike and the journey automatically ends. There are no extra steps involved, which for the instant gratification generation mean a huge selling point.

Bike sharing seems to be the natural next step after car sharing. It took 3 years for Didi to take over Uber’s China operation, and now we will wait and see who will emerge victorious in the race to monopolize the bike sharing market in China.

However, as with any new trend, there are already some drawbacks and concerns. One concern about bike sharing is its striking similarities to Chinese construction. Typically in China, high rise buildings and highways are all finished at the speed of light but with less environmental concern. And although riding bikes is a seemingly environmentally friendly choice, people in China who ride bikes are treating them as if they were disposable, without considering the damage made to shared bikes. Hence more bikes are being made and simply disposed of once damaged, creating even more trash and more of an environmental impact.

Another issue is that in cities such as Beijing, the local government has already banned users from parking their bikes in certain prestigious locations, such as Changan Street. More rules also mean more regulations. Shanghai is poised to introduce a rule that requires bike-sharing companies retire all bikes after three-years use as complaints have been surging regarding the safety of riding such bikes.

However, no matter the concerns, the scale of the bike riding boom in China is stunning. In less than a year, Mobike alone has flooded the streets of 18 Chinese cities with what is thought to be more than a million of their striking orange bikes. Since last April, the company has placed more than 100,000 of their trademark orange-and-silver bikes in each of the cities of Shanghai, Beijing, Shenzhen and Guangzhou. Copycat firms have followed suit seting up share bikes everywhere, parking them outside shopping malls and metro stations. Others, rendered useless by missing saddles, broken locks or scratched off QR codes, are unfortunately dumped in flowerbeds and bushes.

While all the kinks are yet to be worked out in the bike sharing trend, its clear that the popularity is only moving uphill. Many riders, most in their 20s and 30s, can be found gliding through the streets of China, many riding one-handed, smartphones glued to their ears. Although regulations must still be sorted out, it is clear that the surge of new bicycles lining the streets of China’s big cities are here to stay.

Are you interested in learning more about the growing business and economic trends in China and beyond? If so, contact AFK Strategies Inc., leaders in Chinese business strategies and solutions.

AFK Strategies Inc. is a boutique strategic advisory and business development company that is committed to serving our partners as their associates in China, Turkey, and the United States. AFK consulting services help companies identify and solve their business challenges via an extensive global expertise. The company assists the growth of small and medium sized enterprises (SME’s) in the United States at the local level, while at the same time aiding the growth of U.S. companies in China and Turkey. The services encompass three key areas: business development, supply chain management and brand development.